Almost everybody wants it and almost nobody knows how to implement it: Universal Basic Income (UBI). The idea that every human gets a fixed income without any conditions. A brave idea which challenges our traditional idea of work, career and leisure. While following the public discussion one can see that leaders of  the biggest companies are most of the time in favor of UBI: “We should explore ideas like universal basic income to make sure everyone has a cushion to try new ideas.” says Mark Zuckerberg and Elon Musk points out “I think we’ll end up doing universal basic income, It’s going to be necessary.”. The argumentation from Silicon Valley’s most successful entrepreneurs seems logical: Automation and robots will make the vast majority of jobs obsolete without someone asking for a salary. Therefore we have to distribute this wealth in a new way. When you listen on the other hand to the politicians in charge, they find automation quite far off. Andrea Nahles rejects UBI in favor of ideas like starter cash for everyone or a paid sabbatical. But also without automation how could UBI be financed? How would this affect taxes? What is the direct impact on people’s lives?

CDTM-Students organized a panel discussion on the topic with top guests from politics, economy and academia to answer at least a few of these questions,.  The UBI-sceptics were Sohaila Ouffata, Venture Capitalist with BMWi Ventures and Dr. Florian Habermacher, PhD in Economics and Finance in St. Gallen and Oxford on the other hand artist and political activist for UBI, artist and filmmaker Enno Schmid tried to convince the audience and the other participants of the panel of the humanistic ideal of a UBI. Prof. Wolfgang Eichhorn, Professor for Economics and Mathematics at Karlsruhe Institute of Technology was eager to connect the economic problems of UBI with it’s big upsides. 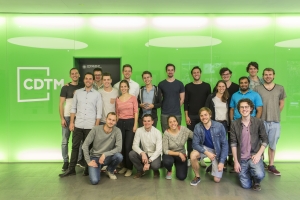 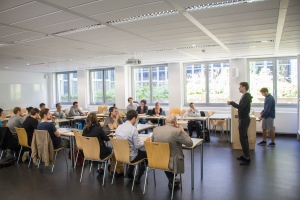 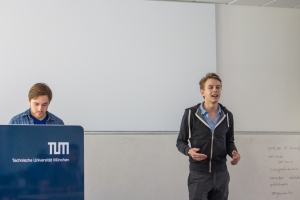 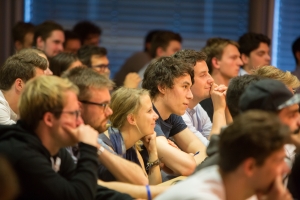 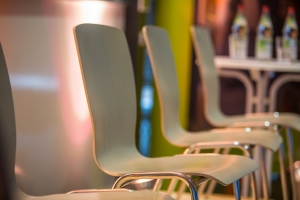 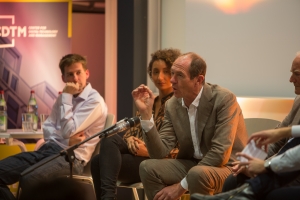 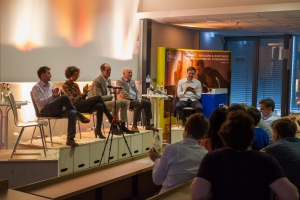 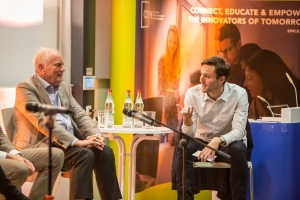 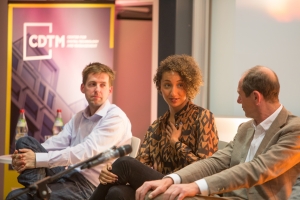 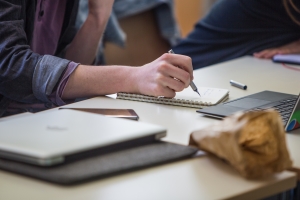 The latter also participated in the student discussions and presentations on the next day. Topics from “The history of the idea of UBI”, “Intrinsic motivation towards work in a world of UBI” to “How UBI can be implemented on the Blockchain” were presented to get a more complete picture.

The participants also composed essays on these and many other topics which are available for download:

One big takeaway, especially with UBI, is that there are no easy answers. There are many dimensions to this: work, motivation, tax, social mobility, lifestyle etc. This makes it hard to grasp and reason about. However every discussion can bring this ambitious idea closer to reality.