…a bunch of excited Centerlings welcome a very special guest on the 6th floor, right above the center, for an intimate presentation and open discussion with Martin Ott, Managing Director Facebook Central Europe.

„How many of you have a Facebook account?” Smiles appear on many of the 63 faces sitting in the dim room with a tangible excitement for the presentation to begin. One after the other raises their hands. “The better question is – who doesn’t?” Martin revises laughingly. The presentation begins and Martin speaks about choices. Choices he has made himself, choices we all have to face and choices Facebook made in the past. 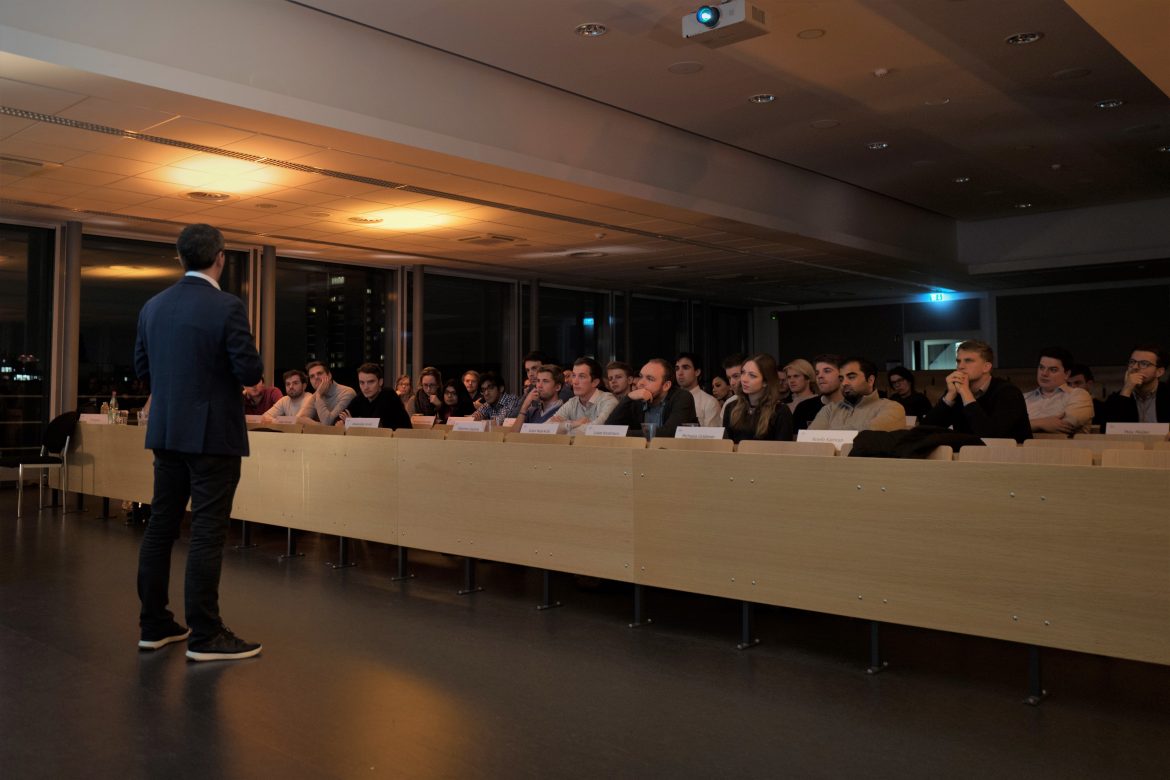 He begins with a very personal story, describing his path from initially wanting to become a doctor just like his dad, deciding last-minute to study International Business Relations and finally dropping out of university for starting his own venture in Japan. “I advise you all to finish your degree”, he says, “unless, of course, you want to start your own business.” He smiles. After all, having found out that selling banner ads was, as he says, maybe not the best idea in 2001 in Japan, he eventually finished his degree.

After graduating from University, he asked himself, “would I ever want to be an employee again?” He reflects his thoughts when he started to work, “I thought now I have this degree, I can become a leader”. With this mindset he went on to join Jamba as a COO, a by then just rising venture, well-known for its not so talented, singing crazy frog. Surprised faces and laughter. “That was quite a ride”, he remembers and laughs himself. His key learning? A management degree does not at all give you the skills for good leadership yet. One has to adhere to certain leadership principles and it needs a learning process in order to get there. 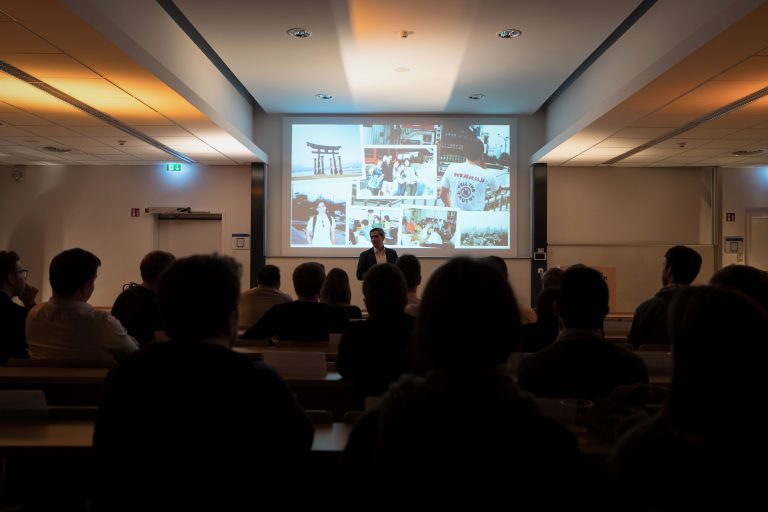 “Well”, he says, “in companies it all comes down to two things, its people and values”. For Martin, Facebook particularly emphasizes values such as transparency, fast movement and a clear mission that everyone shares with each other and the company. These values all add up to Facebook’s culture of entrepreneurial spirit and innovation. Any employee at Facebook has to bring such values across. In the end people don’t leave companies, they leave bad managers.

To optimize leadership at Facebook they use 360 Degree feedbacks and “Pulse Surveys”.  This are anonymous questionnaires for employees to indicate how they feel, how they rate their managers and if they feel like using their potential and growing personally. “At Facebook we know that our biggest asset are the people.” He pauses, “So we want them to develop, we want them to make bold decisions and we want them to have a healthy work-life balance.” Therefore, they write down their visions, not only regarding the business. They write down visions also on a personal and a community side. They share with one another and state what they want to achieve in life. 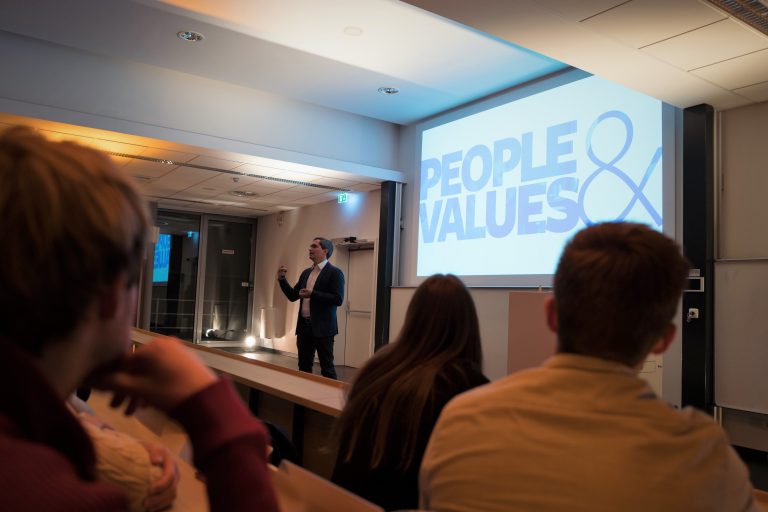 He talks about what will lead Facebook into the future. Artificial Intelligence, Virtual Reality, Augmented Reality and the remaining goal of bringing the world closer together. 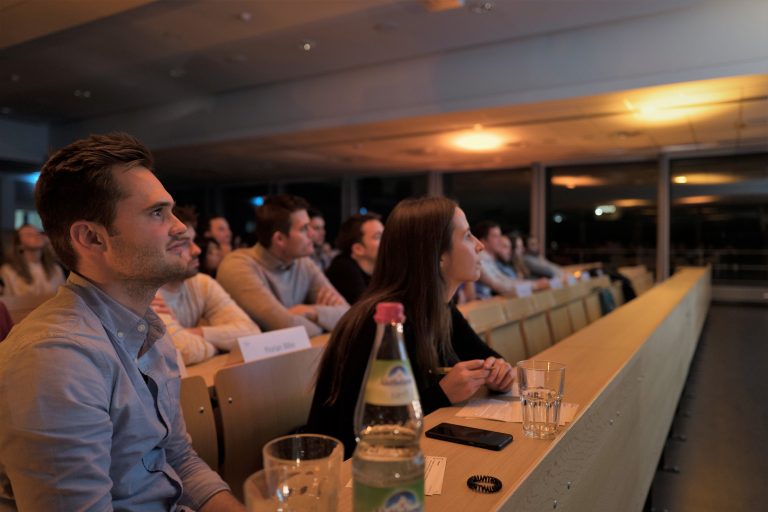 Facebook is on a journey that is only 1% finished, as big black letters state on one of his slides. “It’s a privilege to be able to make all these plans and to have all these choices and opportunities”, he acknowledges. “But in the end, there is no big plan, everything may change unexpectedly. But if you surround yourself with good people, I’m sure things will turn out really great.” 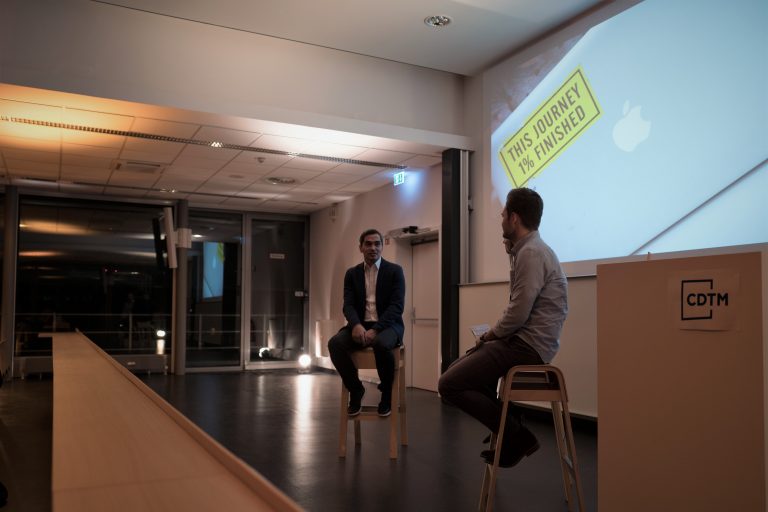