WE RUN FOR BEIRUT

Like many of you might have heard, on October 9th, 2020 the CDTM Charity Run –Beirut Edition– took place.

It all began as a random idea when we thought that it would be nice to have a real running competition again because all official events got cancelled due to Covid-19. Also, we had the idea, that it would be nice to combine this with helping others, so we converted it into a charity run. We started to plan a running race through Englischer Garten and when searching for co-organizers, we were overwhelmed by the abundance of CAs and students that wanted to participate.

Then, Michael Chromik came into play with the words “Why not trying a more audacious format – let’s do a relay race on to the top of the Zugspitze!” So, we joined forces and organized this charity run starting from the Center in Munich to the 2962 m high top of Germany’s biggest mountain. Our goal was to collect a multiple of 2962 € as donation for Nation Station Beirut, an organization that empowers Lebanese people to rebuild their city after the terrible blast in August 2020.

After a couple of months of intensive organization, we had more than 20 Centerlings signed up as runners, many CDTM Startups, VCs and private persons as donors and a perfectly planned running route.

In the evening of October 9th, we started from the Center in teams of 2-5 people. The run was along the regional railway line to allow arrival and departure of the relay teams. To bridge the time gap between 2 am and 5 am without any trains, Michael Chromik even ran a marathon through the night, which seems to be just a little shakeout for him.

Jaakko (Fall 15), Nico (Fall 17) and even a board professor, Andreas Butz, took on the challenge to run the last leg, 25 km through a snowstorm to the top of the Zugspitze. There we met all together and had some nice pizza and drinks as reward in the evening back in Munich. 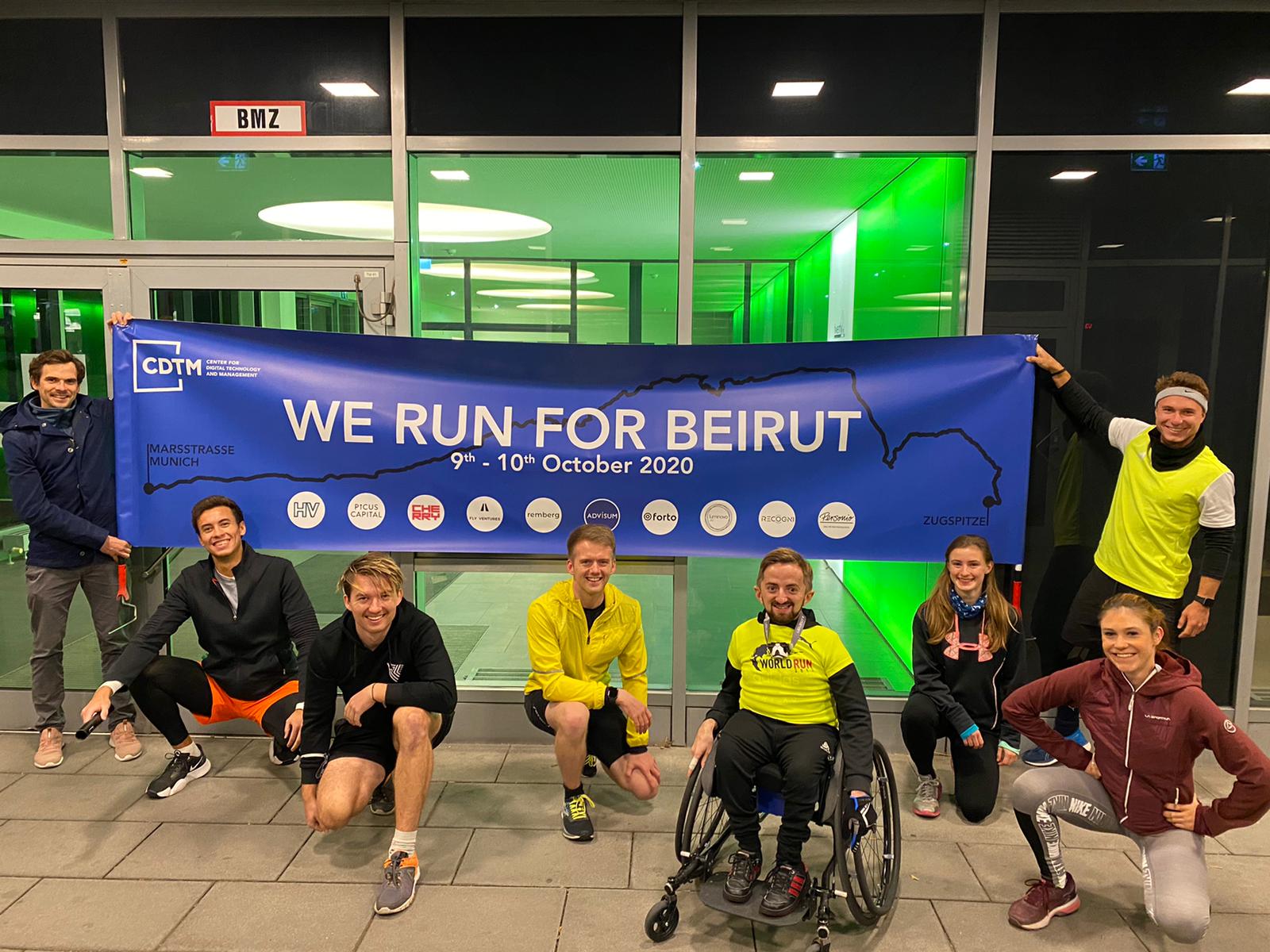 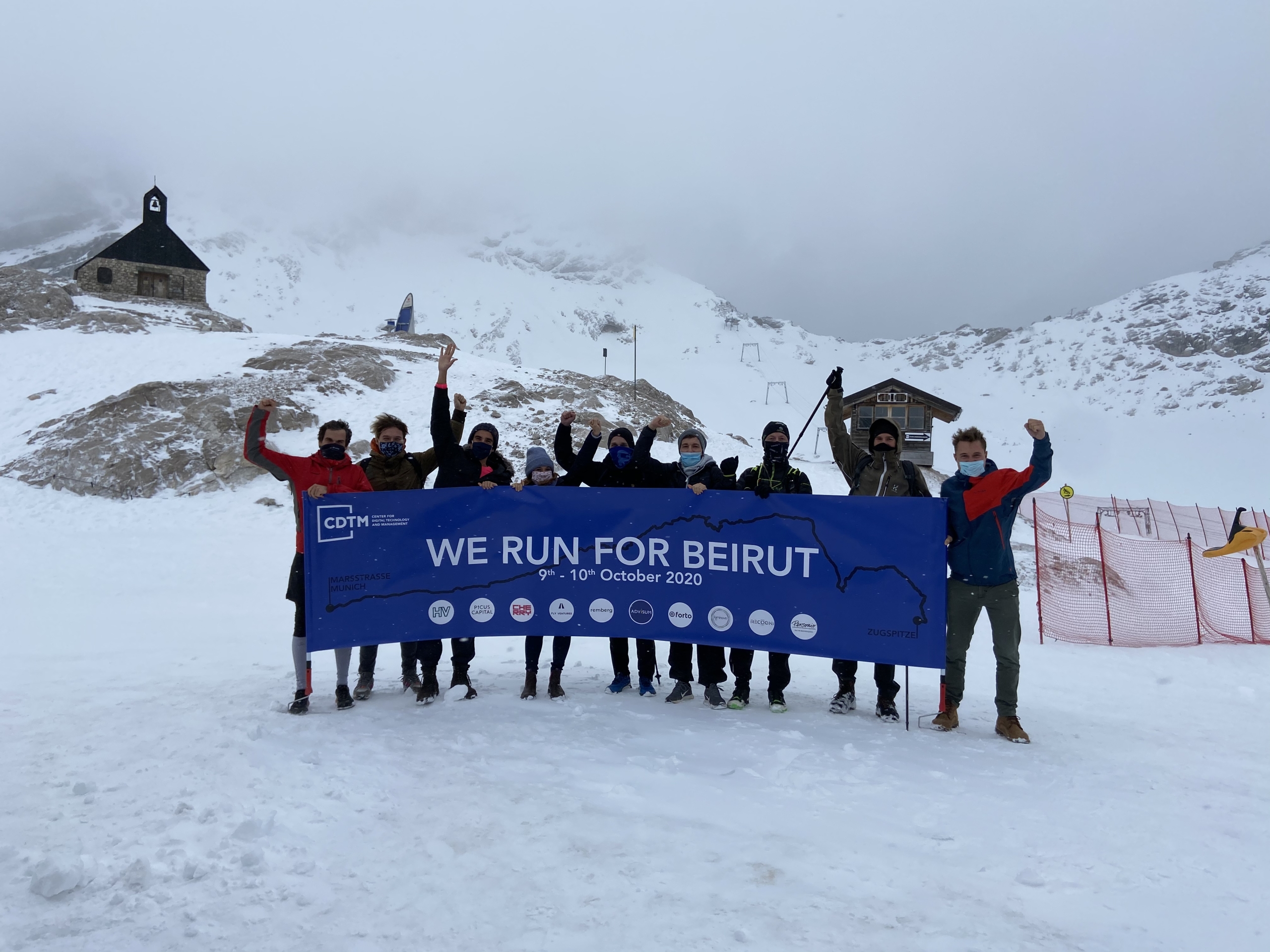 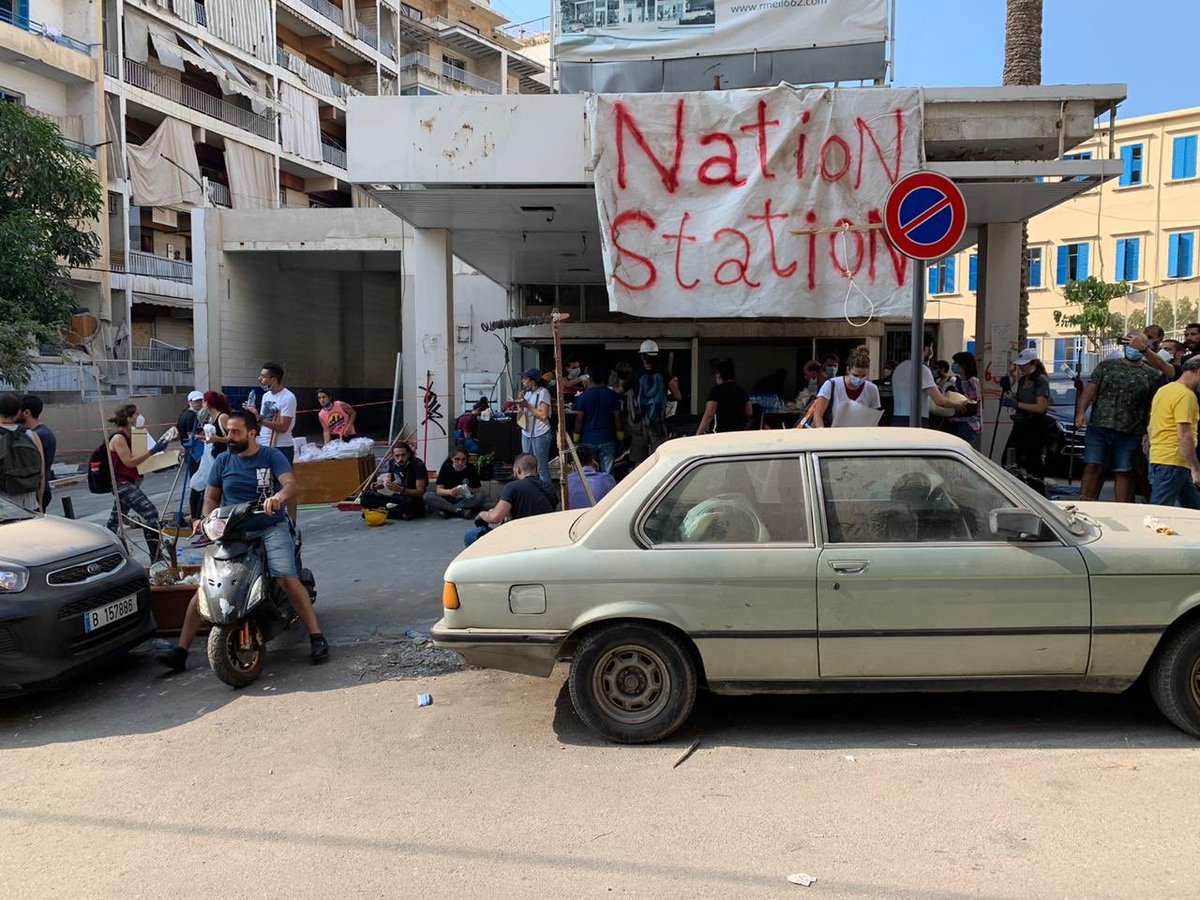 We were not only lucky, that the whole plan worked out perfectly, but even more, that we collected almost 12,000 € in donations! The money has already been sent to Nation Station Beirut. The first project they are pursuing with our help is to build a big community kitchen, so that some people can cook for the whole community.

We are very lucky that we could help people who don’t have such a good life as we do in the moment and besides, the charity run also sparked the running spirit among us Centerlings!

So, if you would like to join for some Corona-conform running meetings, just contact one of us or join the Daily Sports CDTM What’sApp Group!

Furthermore, we are already planning more, great (and ambitious) events like this! If you want to help us, please contact Alex or Laura, and for the rest: Stay tuned!